With a growing population that exceeds 400,000 inhabitants, the Puerto Vallarta – Bahía de Banderas metropolitan area is one of the most important tourist destinations nationwide. The region’s population boom also means that the economy has diversified to respond to its residents, who are part of an ever broader social fabric, with needs and demands that go beyond merely tourism.

These changes have given rise to investors from different sectors choosing Vallarta · Nayarit to establish their new businesses, which include stores, attention and service centers, distribution points and even production facilities. In this article we highlight the commercial corridor that has gradually been created in the area popularly known as Río Ameca – Las Juntas and a little beyond.

Like other metropolises, Puerto Vallarta is already developing a commercial automotive zone, which runs north-south from the Ameca River bridge to Las Juntas, where, in addition to mechanical and service shops (such as Radial Llantas, Albarrán and Midas), KIA, Mazda, Toyota and Fiat Chrysler showrooms and maintenance areas have been established.

To a large extent, the boom in this area is due to the fact that it enjoys the two flows of traffic on the main avenue, as well as anchor businesses (Starbucks and BBVA) and established shopping centers (such as Plaza Canalán and Plaza Las Juntas Design Center).

That said, in the north-south direction, right at the Las Juntas crossroads, there is a plaza with various gastronomic offerings that include a couple of fast food establishments, as well as a brewery and a seafood restaurant. Kitty-corner from this, more commercial premises have recently been built to take advantage of the boom in this area, and they are gradually starting to be occupied.

A little farther on, there is the Harley-Davidson sales center, a store opened earlier this year that came to boost the establishment of other renowned motorcycle brands in Puerto Vallarta, such as BMW Motorrad and Yamaha, which have their facilities in a mini-plaza located just before the Ameca River bridge.

Although the veterinary hospital PETerinaria, the interior design showroom Casa Pueblo and the manufacturer/distributor of quartz surfaces Caesarstone had already been installed in this same place, the office furniture store Atmosfera by Herman Miller and the public accounting and consulting firm Salles Sainz Grant Thorntorn have been recently added. In the near future, the opening of La Zarca, a boutique offering exotic cuts of meat, is planned.

Due to the current demand, more commercial premises are being built to complement the supply of establishments.

This zone of the Río Ameca – Las Juntas area stands out for its accessibility, road connection, constant vehicular traffic, local clientele, wide variety of both businesses and services, availability of premises, ample land and available spaces. In fact, Las Juntas is becoming a strategic point for the city’s commercial sector, since the area from this point up to the Ixtapa delegation is considered to be the first area where businesses and industrial buildings have come together, thanks to its strategic proximity to the Tepic – Vallarta highway, as well as the availability of large spaces and access to labor.

A clear example is the emergence of Paseo de la Industria street, where companies such as Bajo Cero and CEDIS of Grupo Sigma are located. Along this street, there are also the sales and distribution centers of large companies such as Lala, Nestlé, Bimbo and Cuauhtémoc-Moctezuma, among others.

The Las Juntas – Ixtapa industrial corridor stands out for its accessibility, road connection, strategic location for distribution and logistics, as well as access to labor, ample land and available spaces.

Currently, there are many expectations regarding the connectivity that Banderas Bay will have with the new highway to Guadalajara because, besides shortening distances, the market will change and the commercial sector will continue to grow in relation to the destination’s development. It is a natural matter and very beneficial for all those involved in the region’s real estate industry. 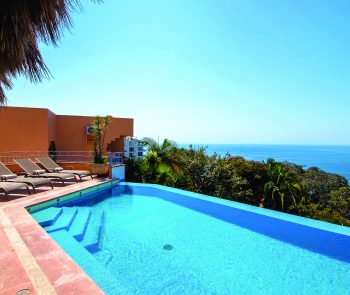 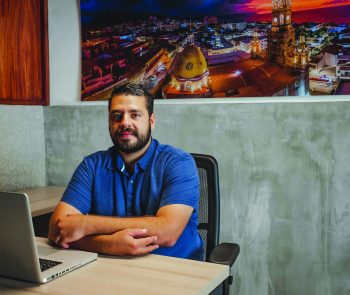 Real Estate Management to Prom...
By Jorge Chávez
Ten months ago, Puerto Vallarta saw the birth of Homia, an integrated agency that provides real estate sales tools. Directed by Allan Fletes, this company works in conjunction with Constructora FH3 (a developer based in our destination) to approach r...
View More