Orlando Santamaría and His Return to Law

2018 was an important year for lawyer Orlando Santamaría, as he realized his goal of establishing his office focused on real estate law. Located on Francisco I. Madero Street in Puerto Vallarta’s Romantic Zone, his company, LEX 360, offers services for real estate agents, buyers and sellers. Nowadays, he recognizes that this branch of the legal profession is the one he is most passionate about; however, the journey to get to this point included several shifts in his career.

Santamaría is originally from Puerto Vallarta and began his higher education as part of the first generation working toward a degree in Law at the Centro Universitario de la Costa (Universidad de Guadalajara) in 1996. However, shortly before concluding his studies at this institution, he decided to move to the state capital and begin working on a bachelor’s degree in International Business at the Tecnológico de Monterrey campus. Both experiences allowed him to acquire an interdisciplinary vision, and once graduated, he moved to Mexico City to put his degree into practice. He enjoyed success in this sector for about 11 years; however, his hometown called him back.

“My family is in Puerto Vallarta, my friends are in Puerto Vallarta, all those closest to me are here, so I decided to return five years ago to settle permanently. Paradoxically, this brought me back to the world of law and introduced me to the real estate sector,” he explains. Attracted by the possibility of joining the area of real estate, Santamaría returned to the classroom to resume his studies in Law and graduated from the Centro de Estudios Universitarios Arkos. In 2017, he began offering his professional services, focusing mainly on the property deed process. Thanks to his positive reception, he later planned the opening of the company he presides over today.

“I found everything I like about the legal profession in this branch. It is more preventive law, having to do with anticipating future problems around real estate. Sometimes, we think of lawyers as professionals who only litigate in the courts, but the reality is that there are many types, and some have more administrative functions.”

According to the professional, most of his clients are Americans and Canadians concerned about the deed process in Mexico because it is different from that in their respective countries. Another of their uncertainties stems from the language, because the contracts are written in Spanish, so they need experts to guide them and help them understand the legal terms involved in the deeds. Therefore, Santamaría encourages any foreigner interested in buying or selling a property in Mexico to go directly to a qualified lawyer who specializes in the area, as well as a real estate agent accredited by the Asociación Mexicana de Profesionales Inmobiliarios (Mexican Association of Real Estate Professionals).

According to Santamaría, contrary to what you might think, real estate closing processes are not long. “If the client is a foreigner and wants to buy a property whose owner is Mexican, a fideicomiso must be made. This process takes approximately 22 business days if everything is in order and we have the relevant documentation. On the other hand, if it is a cession of rights—that is, there is already a trust created and only the rights will be reassigned—the process takes about 15 business days.”

Santamaría is witness to both Americans’ and Canadians’ growing interest in acquiring a property in Mexico, as well as in obtaining temporary or permanent residence or Mexican citizenship. Puerto Vallarta is an established destination for a second home or vacation property or to live in retirement. “It’s amazing how the city is growing. We chose to establish our office in the Romantic Zone because it is the nerve center of real estate development. If you walk through the streets of this area, you can see the buildings that are being erected. However, this expansion is also taking place in areas located more toward the periphery.”

Currently, Santamaría has the satisfaction of helping foreigners who want to invest or start a new chapter of their lives in Puerto Vallarta, the city where he grew up and where, similarly, he began the second stage of his professional life. Although his company is relatively young, the now real estate professional is ready to establish a long career. 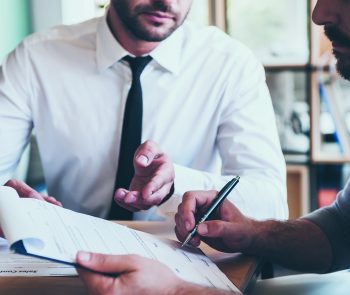 Escrow in Mexico: General Desc...
By Jorge Chávez
Simply put, an escrow account is used to ensure that funds from a real estate transaction change hands safely at closing. This is not its legal definition, but it is the rationale for its use. An escrow company is the neutral entity that holds and di...
View More 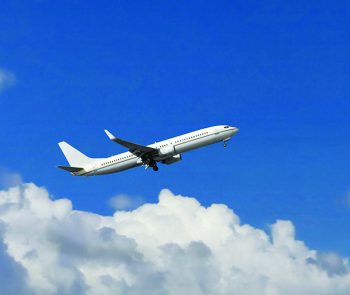 New Airport in Costalegre Will...
By Jorge Chávez
During the presentation of the Costalegre Regional Strategic Plan (PERC), the government of the state of Jalisco announced the construction of a world-class airport in Chalacatepec, a town located in the municipality of Tomatlán, within the tourist ...
View More

Perspectives on the Vallarta·...
By Jorge Chávez
The Vallarta · Nayarit real estate industry has established itself as a pillar of the regional economy. Hundreds of direct and indirect jobs are generated in the destination with the building of each new development, which represents a profitable ac...
View More