During the November 2021 edition, the editorial team of Vallarta Real Estate Guide approached Alfonso Baños, professor-researcher at the Centro Universitario de la Costa, who has a master’s degree in Sustainable Development and Tourism, as well as a doctorate in City, Territory and Sustainability. Initially, the talk was based on the types and definitions of land uses that exist in our city, but given the interest and breadth of the topic, the second part of this special article is presented that addresses the importance of respecting them and the vision for the future in the urban planning of the metropolitan area formed by the municipalities of Puerto Vallarta and Bahía de Banderas. Defined as a set of specific activities that can be carried out on a specific property, land use is one of the instruments of urban planning that contributes to determining the guidelines and rules for the development and growth of a city.

“In December 2020, there was a turning point in this matter, as a new Package of Urban Planning Instruments was approved that significantly modified the conception of land use. It is a paradigm shift where now land uses are no longer linked to density, but to impacts—which can be natural, social, economic, etc.—that are generated in the city,” explains our expert. The impact can mean how much infrastructure is required vs. already in place for the project to move forward. Baños adds that, according to article 115 of the Political Constitution of the United Mexican States, everything related to urban planning is within the power of the city council.

This led to land uses being divided into several modalities based on the purpose of use, conditions of current development in the area and natural structure. “Now, for our region to move in harmony towards the same direction in favor of urban development, the reality is that the active participation of the governments of Puerto Vallarta and Bahía de Banderas is required,” says Baños.

Previously, Puerto Vallarta aligned only with what was determined in Jalisco even if it differed from Nayarit. In this way, there was a zoning regulation and from there all the land uses perfectly defined with the state structure were derived.

“However, each city and each region have its own characteristics,” says Baños. “I find it very interesting that now our destination has detached a little from the weight of the state and is generating its own land uses, because somehow they coincide with the reality of the current conditions that Puerto Vallarta presents.”

“Now, the interesting thing is going to be the harmonization that needs to be done with Bahía de Banderas, because as the Bahía de Banderas—Puerto Vallarta Metropolitan Coordination Agreement has already been signed and government agencies have already been created for the two municipalities,” says Baños. “For example, the Metropolitan Citizen Council and/or the Metropolitan Institute of the Bay—it is necessary to homologate the land uses on both sides of the Ameca River, even if they are two different states. The process to create a Regional Urban Development Plan that allows each to have the same basic land uses in both municipalities could be said to be the third generation of land uses, since the first was its original definition and the second the change of density to impacts that occurred a year ago.”

The definitions of land uses are completely linked to the exercise of urban planning, which is where the instruments are established to ensure the growth of a city to be as sustainable as possible. Vision for the Future

Before concluding our talk, Baños shared his point of view regarding the future of urban planning in Puerto Vallarta: “I believe that in the short term it is necessary to make transparent the different ways in which to process and obtain construction licenses as they relate to use. In this way, there will be a clarity in the real estate industry that will encourage and improve the participation of all involved.”

“For the orderly growth of a city, builders must understand the proper definitions of land uses, as well as respect those uses and definitions. In other words, if you exceed density within a territory, then the territory will return it to you. We need—and it is in our best interest—to adhere to the use and qualify the land very carefully. For example, what recently happened in the vicinity of the Cuale River during Hurricane Nora was a strong wake-up call to understand what it means to not fully respect a land use. Currently, a very high price is still being paid, and that is precisely what urban planning is about: to prevent the community from paying those additional costs,” concludes Baños. 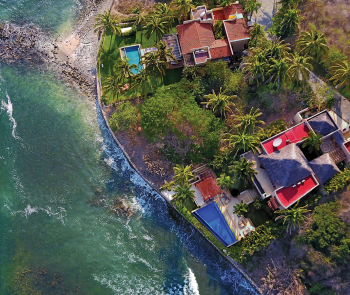 Key Factors When Investing in ...
By Jorge Chávez
Without doubt, Vallarta · Nayarit is a region with many attributes that make it an attractive place to reside or visit. Among many factors, its natural beauty, climate, and culture make our corner of the Mexican Pacific one of the most desirable pla...
View More 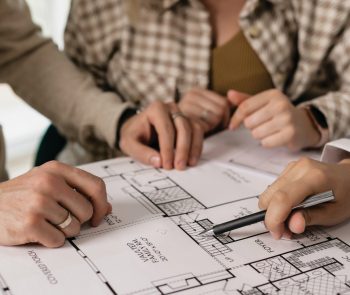 Perito Valuador: The Differenc...
By Jorge Chávez
One of the key elements for a successful real estate transaction is the price of the property, which must meet the expectations of both the buyer and seller. That way, both see a fair deal and will realize the sale. However, establishing the price of...
View More 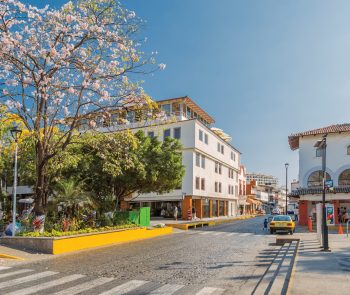 Key Factors When Investing in ...
By Jorge Chávez
Investing in real estate is one of the best ways to build and secure wealth. However, when purchasing a property, a series of key factors must be analyzed and considered to be successful. Daniela Alvarado, independent real estate agent, completes ...
View More