Every day the number of foreigners increases who, seduced by the benefits of Puerto Vallarta and/or Riviera Nayarit, decide to move to this area of Banderas Bay. Some reasons include the attractive currency exchange rate, as well as the quality of life, infrastructure, and quiet, safe environments. All this makes our destination one of the best places in Mexico for expats to consider it as a favorable place to live either on a temporary or permanent basis. Once you make the decision, where do you begin? To explore this topic at a deeper level, Vallarta Real Estate Guide presents the main requirements to take into account to process and/or obtain this residency status.

The Mexican Temporary Residence is a condition that allows the legal stay for those foreigners who want to be in the country for more than 180 days, but not more than four years. Although there are different ways to process it, the most common is through the Mexican Consulate closest to the place of residence of the interested party. Here, you will make an appointment to apply for the visa and to directly verify that you have the economic solvency that is required.

Foreigners must prove that their average income, during the last 12 months, is equal to or greater than 32,000 USD. Another way to approach it is, if the interested party is working for a company, he must verify that he has received more than 1,900 USD per month in each of the last six months. If the person applying is retired or pensioned, he must demonstrate that he has received at least that same amount in the last six months.

Another way to process the Mexican Temporary Residence is through the National Institute of Migration (INM), as long as the foreigner has a link with a Mexican or permanent resident who is already living in Mexico.

The website of the Government of Mexico (gob.mx) specifies that a link between a foreigner and a Mexican or permanent resident occurs in case of:

By the first way, that is, applying directly in one of the consulates of Mexico abroad, the Mexican Temporary Residence could be issued within a period of one to ten business days. However, there are consulates that grant it on the same day. By obtaining that first visa, the foreigner will have 180 days to enter Mexico and continue with the second step, which is with the National Institute of Migration (INM) and that takes about 35 business days. Once you enter Mexico, you have 30 days to initiate the second step. Among the most important obligations that foreigners with Mexican Temporary Residence must take into account is to notify, before the National Institute of Migration, any type of change they make during the first 90 days of having Temporary Residency. This includes, for example, changes of address, marital status, nationality and place of work, among others.

Since Mexican laws indicate that a foreigner cannot have two statuses of stay at the same time, it is of the utmost importance that, if a temporary resident is outside of Mexico, avoid returning as a tourist (status on the FMM form), because if the immigration file is documented in that way, he or she will have to start again with the whole application process.

In addition, temporary residents must take into account that, should they decide to work in Mexico and do it legally, they must obtain a special permit issued by the INM, which is officially known as a Job Offer Visa. Currently takes anywhere from 30 to 45 days for the permit to be issued.

If foreigners wish to carry out this process on their own, it is highly recommended that they speak Spanish well because, although it is not complicated to obtain the visa by complying with all the requirements, the language of the paperwork can be a barrier when wanting to complete the process before the National Institute of Migration. 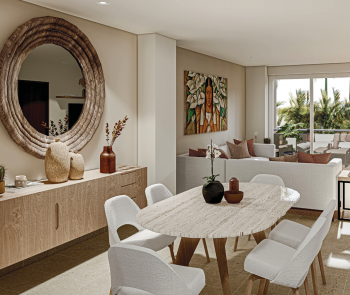 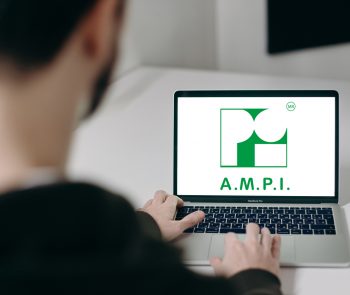 Riviera Nayarit Leads Top 5 Me...
By Jorge Chávez
Due to its geographical location, as well as economic, social, and cultural growth, Riviera Nayarit is among the top five destinations with the greatest potential for investment in real estate in Mexico. The above was announced by HEI Data, from t...
View More